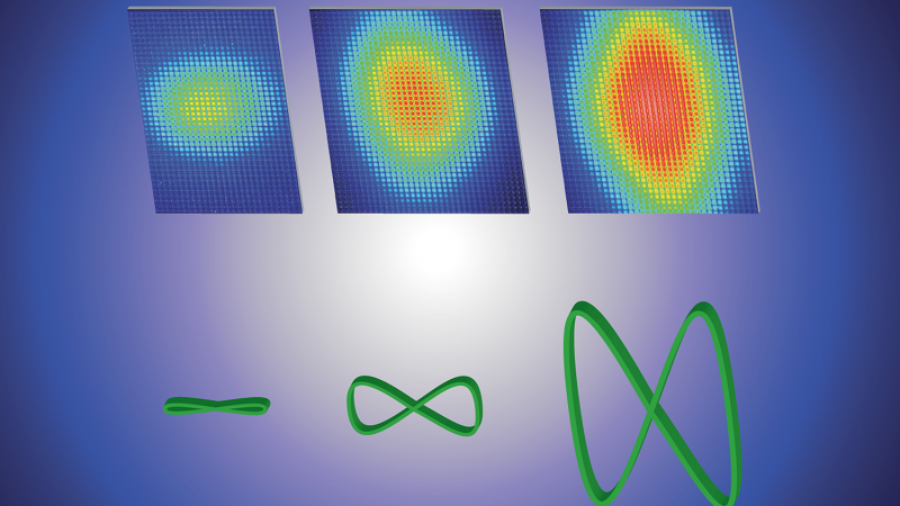 “We were completely shocked by our findings,” said Dr. Ralph DeBerardinis, Professor at CRI, Director of CRI’s Genetic and Metabolic Disease Program, and Chief of the Division of Pediatric Genetics and Metabolism at UT Southwestern. “The oldest observation in cancer metabolism, the Warburg effect, says that lactate is a waste product of the tumor. This concept has driven the vast amount of research in the field. Our finding is a fundamental change in how we think about tumor metabolism.”

The fact that these so-called experts know so little about metabolism and cancer can be viewed in the context of what is known about all the links from energy-dependent changes in atoms to ecosystems in all living genera.
See: Atomic structure reveals how cells translate environmental signals
The team identified an amino acid sequence in the leaflet that is conserved in parasites, suggesting structural insights that may assist in drug discovery for these devastating conditions.
See, for instance: The Supraspliceosome – A Multi-Task Machine for Regulated Pre-mRNA Processing in the Cell Nucleus
See also: Mitochondrial ribosome assembly in health and disease
There is an obvious need to link the conserved amino acid sequence in parasites to healthy longevity via mitochondrial ribosome assembly and from the virus-driven energy theft of quantized energy as information to all pathology via cryo-EM.See: Inching toward the 3D genome

Re: “…the nucleome structure changes as cells age, differentiate, and divide, and researchers want to understand how and why.”

The metabolism of nutrients links metabolic networks to genetic networks via species-specific pheromones that control the physiology of reproduction. Simply put, pheromones link nutrient-dependent life via physics, chemistry, and the conserved molecular mechanisms of communication in species from microbes to man.

I’m not going to continue repeating myself, indefinitely.
See: Reduced protein synthesis in schizophrenia patient-derived olfactory cells
The reduced protein synthesis is a clear link from the virus-driven degradation of messenger RNA to all pathology
For comparison see:
Re: Flaming by Glen Sizemore on the evolutionary-psychology group msg 89218
Jay R. Feierman: Being nasty and unkind is not a good strategy in an academic discussion or in human relations in general.”
Glen Sizemore: Yeah…but this isn’t a discussion. It is me ridiculing your hopelessly-moronic views.
Jay R. Feierman [NEW]: The problem is that your unkind and nasty remarks are not just directed at me. When you used to be on the human ethology group before you were removed they were directed at others as well. As moderator of the human-ethology group, I used to not post many of your comments for flaming related to many different people. On the evolutionary-psychology group, where Robert Karl Stonjek appears to have much more tolerance for flaming, your unkind and nasty comments are directed toward many other people, including Robert Karl Stonjek, the moderator. Life is too short to deal with people like you. I prefer to deal with nice people in my life and try to surround my self with nice and kind people. As a result, even though you often bring up interesting issues in your postings related to what I’ve posted, I am no longer going to respond to anything you write.
My response:89219
Please place your comments about me into the context of any “nasty” comment by others.
For example: Jay R. Feierman: Variation is not nutrient availability and the something that is doing the selecting is not the individual organism. A feature of an educated person is to realize what they do not know. Sadly, you don’t know that you have an incorrect understanding [of] Darwinian biological evolution.  https://groups.yahoo.com/neo/groups/human-ethology/conversations/topics/48182
My interpretation: You called me a biologically uniformed science idiot.
See also: Jay R. Feierman: I am absolutely certain that if you showed this statement to any professor of biology or genetics in any accredited university anywhere in the world that 100% of them would say that “Random mutations are the substrate upon which directional natural selection acts” is a correct and true statement.  https://groups.yahoo.com/neo/groups/human-ethology/conversations/topics/48229
My interpretation: You claimed that every professor of biology or genetics in any accredited university anywhere in the world knew more than me about my established area of expertise: RNA-mediated cell type differentiation.
The final solution???

Excerpt: Emerging evidence suggests that ecological heterogeneity across space can influence the genetic structure of populations, including that of long-distance dispersers such as large carnivores.
My comment: Indeed, the emerging evidence actually refutes all the neo-Darwinian nonsense of population genetics . . . etc., etc.
[MODERATOR NOTE: I’m not going to post more from Kohl until he answers the very direct and simple question posed to him by anon, which is whether he (Kohl) believes that RNA splicing can change DNA.] 10/6/17
Until today, I did not respond to Feierman’s hopelessly-moronic question about my beliefs.
He continued to edit or block any attempts to promote intelligent discussion in the Human Ethology Yahoo Group. And finally, after the 2017 Nobel Prize in Chemistry was awarded to the researchers who developed the cryo-EM tecnology, I can say this:

The fact that alternative splicings of pre-mRNA causes changes in DNA was central to the facts about cell type differentiation we placed into the context of the molecular epigenetics section of this 1996 Hormones and Behavior review: From Fertilization to Adult Sexual Behavior http://www.hawaii.edu/PCSS/biblio/articles/1961to1999/1996-from-fertilization.html

Feierman did not post my reply to the question about alternative splicings of pre-mRNA.  Instead, he is continuing to ignore everything known to serious scientists about biologically based cause and effect, or to present it in a series of disparate attempts to obfuscate the facts about energy-dependent top-down causation and the pheromone-controlled physiology of reproduction, which helps to biophysically constrains the transgenerational epigenetic inheritance of all diseases.

Today he posted this link to the Human Ethology Yahoo Group

Smell or vision? The use of different sensory modalities in predator discrimination

The information animals obtain about potential predation risk may differ qualitatively depending on the sensory modality by which a cue is perceived.

Facts about multisensory integration were published as:

Biological market theory (BMT), which deals with cooperation among unrelated agents in general, is combined with sexual selection theory (SST), which deals with reproductive cooperation, to focus on an aspect that received little attention in the vast SST literature: adaptations that improve mating success when the market value of an individual varies considerably from one local mating market (LMM) to the next.

This, too: Divergence of developmental trajectories is triggered interactively by early social and ecological experience in a cooperative breeder

We found that individuals did specialize in distinct behavioral competences, which led to either delayed dispersal or early independent breeding. The divergence into different behavioral trajectories became apparent only by manipulating both early social and ecological experiences, highlighting the importance of multivariate influences on the development of social trajectories.

There are many different ways to claim that what organisms eat leads to the production of species-specific behaviors via ecological variation that must be linked to the pheromone-controlled physiology of reproduction. Feierman, and others like him, will continue to cite works that obfuscate the facts about cause and effect that have been known to all serious scientists since the time that McEwen et al., (1964) linked the creation of energy from the creation of ATP to the creation of RNA and all biophysically constrained biodiversity.

See: Dependence of RNA synthesis in isolated thymus nuclei on glycolysis, oxidative carbohydrate catabolism and a type of “oxidative phosphorylation”

The synthesis of RNA in isolated thymus nuclei is ATP dependent.

Feierman, and all other biologically uninformed science idiots are not going to admit that they were wrong about everything they ever claimed.

“A new scientific truth does not triumph by convincing its opponents and making them see the light, but rather because its opponents eventually die, and a new generation grows up that is familiar with it.”