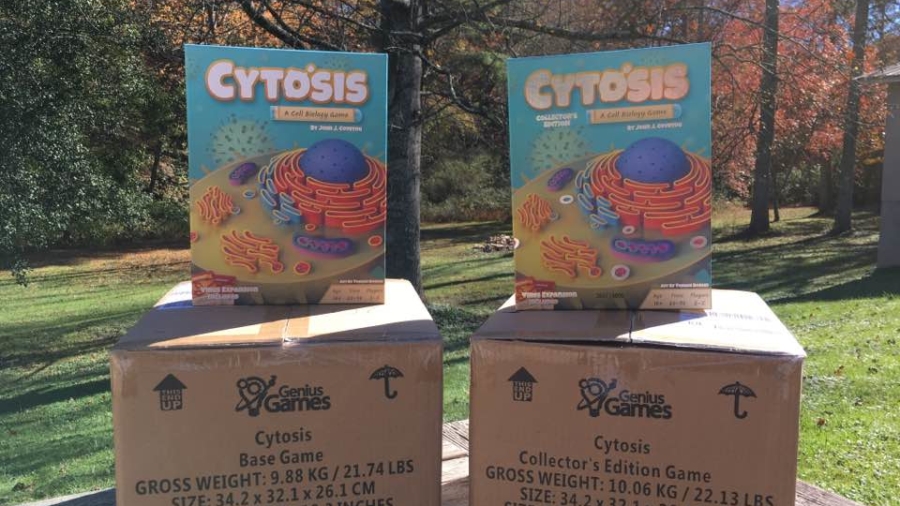 by James Kohl
with no comment
base editingCytosisDiseases & DisordersHuman PheromonesModel OrganismsRNA DirectedRNA editingRNA-directed DNA methylation
Conclusion: The release of the game “Cytosis” supports science via the ability of personalized learning to teach anyone over the age of 10 that the anti-entropic virucidal energy of sunlight exemplifies energy as information and the virus-driven degradation of messenger RNA links mutations to all pathology.

Unique Visual Stimulation May be New Treatment for Alzheimer’s

Using LED lights flickering at a specific frequency, MIT researchers have shown that they can substantially reduce the beta amyloid plaques seen in Alzheimer’s disease, in the visual cortex of mice.

Light-activated changes in brain waves have been linked to human behavior via epigenetic effects on the mouse model of Alzheimer’s. Energy-dependent changes in base editing and energy-dependent changes in RNA editing link RNA-mediated cell type differentiation to healthy longevity.
The virus-driven degradation of messenger RNA links the negative supercoiling of DNA to all pathology via what is known about energy as information. For example, the sun’s anti-entropic virucidal energy links the flickering of light to accurate representations of how food odors and pheromones biophysically constrain the virus-driven degradation of messenger RNA.
Olfaction Warps Visual Time Perception (with my emphasis)

The behavioral gain produced by a congruent relative to an incongruent odor is accompanied by elevated neural oscillatory power around the object’s flicker frequency in the right temporal region ~150-300 ms after object onset, and is not mediated by visual awareness.

The sense of smell is like a time machine that links our experiences from the past to our behaviors throughout life.

Until now, no studies have examined how losing multiple senses affects older adults.

Many studies examined how the sense of smell in bacteria was linked to our visual perception of mass and energy in the context of the space time continuum. Many people do not like the fact that our sense of smell links food energy-dependent feedback loops to our pheromone-controlled physiology of reproduction and to all biodiversity via the conserved molecular mechanisms of transgenerational epigenetic inheritance. The conserved molecular mechanisms link quantum physics from chemistry to Kohl’s “Laws of Biology,” which were expressed in Darwin’s “conditions of life.”  Darwin linked what organisms eat to their physiology of reproduction long before the information wars led people to believe in mutation-driven evolution.
That fact has not been revealed by researchers who are paid to support the evolution industry by touting claims about the emergence of energy from nothing. Those claims can be viewed in the context of information wars.
For example, see: Infowars is Latest Victim of Zuckerberg’s Fascism in Live Video Crackdown
Excerpt 1)

There is only one difference between Facebook’s leftist lean and the Joe Camel cartoon character that subtly sold cigarettes to children: Joe Camel never had a political agenda.

The political agenda is manifested across all forms of social media. If that was not true, everyone would know that the virus driven degradation of messenger RNA causes all pathology.
Social media is driven by advertisers. Their marketing tactics are much more sophisticated than they were at the time that tobacco products were being promoted. The promotions began at about the same time that Rosalind Franklin began to link the tobacco mosaic virus to the degradation of messenger RNA in the tobacco plant. That caused her to doubt the Watson and Crick model of the static DNA double helix, but that ridiculous model still prevails among the biologically uninformed.
Excerpt 2)

Facebook CEO Mark Zuckerberg has persisted in his liberal neo-Fascsim, disguised as a tech savvy twerp in his perpetual hoody and jeans.  The shrewd and manipulative businessman is without a doubt working to stifle the truth that exists beyond the mainstream, and he has now taken direct action against…

A friend alerted me to the fact that the US Constitution makes the FCC the arbiter of “free speech.” Instead, the world of liberals seems to revolve around Silicon Valley, which means that Zuckerberg’s actions are not surprising. It will be interesting to see if he prevails since the adage “Better to ask forgiveness than ask for permission” may not apply when it comes to the rule of law.

Until then, the rule of law may continue to be broken. For example:

I wrote: Keep in mind that you could have stopped this. Now, you either continue to play their game, or play the cell biology game “Cytosis” when it becomes available next month.
All pathology, including all cancer is caused by the virus-driven degradation of messenger RNA. If you can’t afford the $475,000 treatment, learn how to prevent all pathology.
See: Cytosis: A Cell Biology Board Game

Someone at FB anonymously claimed: “We removed this post because it looks like spam to us. If you did post this and don’t believe it’s spam, you can let us know.”

After they removed my post to a group of 900+ members, I let FB know this:

Nobel Prize winners from 2004, 2015, 2016 and 2017 have collectively linked energy-dependent cell type differentiation to the physiology of pheromone-controlled reproduction via viral latency. See: Epigenetics and Genetics of Viral Latency

See:This Quantum Theory Reveals That The Future Might Be Influencing The Past

I responded to this claim:

“causation can run backwards in time as well as forwards.”
Retrocausality has been placed into the context of human endogenous retroviruses and chromosomal inheritance via cryo-EM
I responded to the removal of this post:

Does anyone understand the concept of feedback loops and biophysical constraints?

founded by Mark Zuckerberg and Priscilla Chan in December 2015, is a new kind of philanthropic organization that brings together world-class engineering, grant-making, impact investing, policy, and advocacy work. Our initial areas of focus include supporting science through basic biomedical research and education through personalized learning.

The release of the game “Cytosis” supports science via the ability of personalized learning to teach anyone over the age of 10 that the anti-entropic virucidal energy of sunlight exemplifies energy as information and the virus-driven degradation of messenger RNA links mutations to all pathology.