Two family members and two close friends are among those who have unfriended me on Facebook. Like the late Carl Woese and Eugene Koonin, they are not willing to examine any of the facts about energy-dependent RNA-mediated cell type differentiation.

I have never asked anyone to do that until after they have claimed or inferred that my facts are wrong or that the facts do not prove anything. At that point, their indifference is what causes more unnecessary suffering and premature death.

The indifference of family members, friends, and others will lead to the virus-driven degradation of messenger RNA until it leads to the death of us all.

See for instance: Cytosis: A Cell Biology Board Game

A board game taking place inside a human cell! Players compete to build enzymes, hormones and receptors and fend off attacking Viruses! 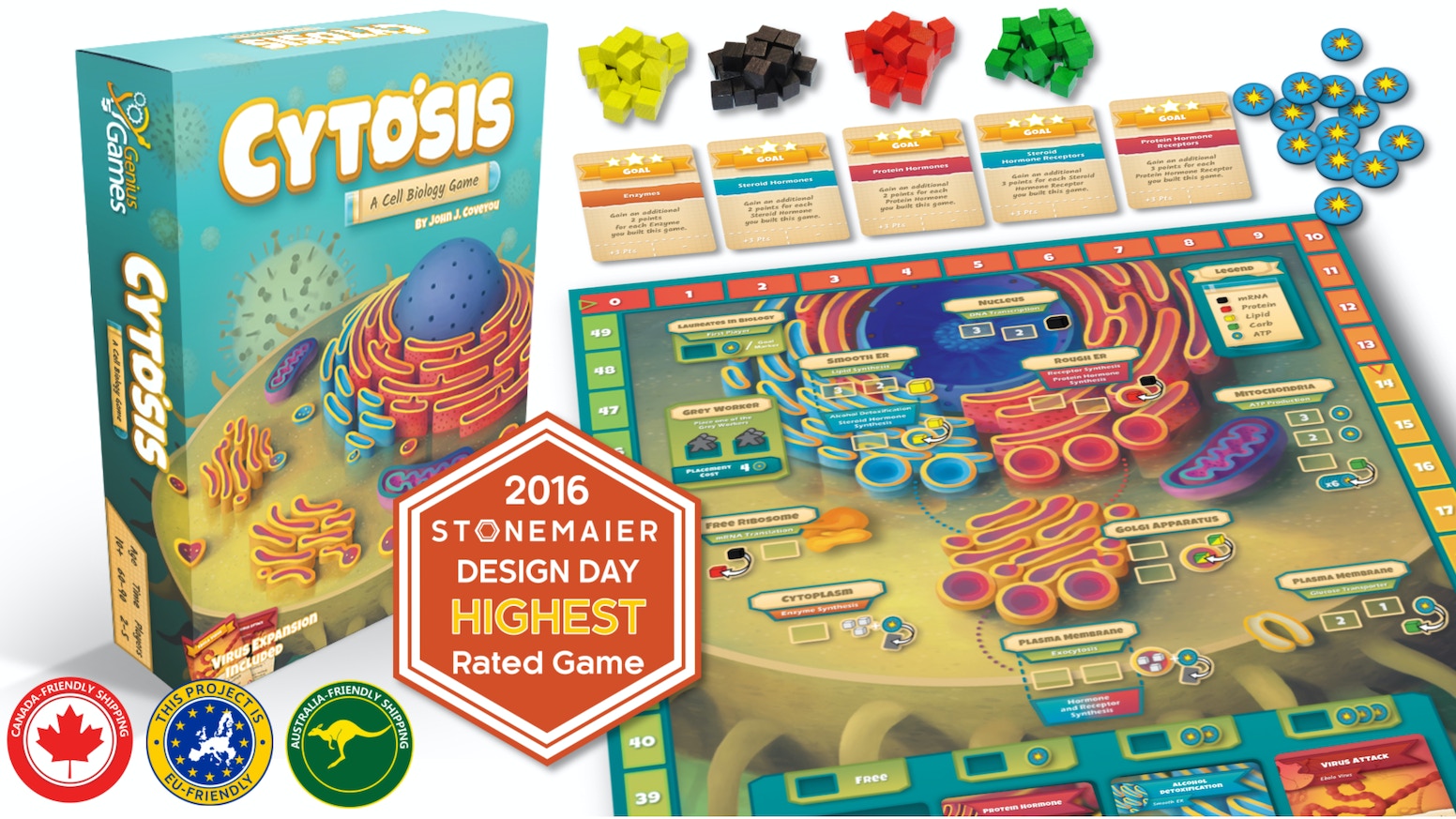 Building Bridges within the Cell—Using Light How a new technique allows researchers to tune communication between organelles on the scale of nanometers
A process called membrane tethering is responsible for bridging the gap between organelles at a specialized subcellular zone called membrane contact sites and, now, researchers have a way to manipulate this tethering.

For the first time, we’re able to build bridges of different lengths in living cells to connect subcellular compartments with great temporal and spatial control…

That fact was predicted by experimental evidence presented in Olfaction Warps Visual Time Perception
The energy-dependent temporal and spatial control were linked from the sense of smell in bacteria to our visual perception of mass and energy in the context of the space time continuum via the physiology of pheromone-controlled reproduction in all living genera.
See also: Comparative approaches in evolutionary psychology: molecular neuroscience meets the mind
The late Jaak Panksepp’s group argued for the a relatively novel scientific approach that tethered hypotheses regarding the human mind to the discipline referred to as neuroevolutionary psychobiology. In a 2001 review, we dismissed that discipline by publishing Human pheromones: integrating neuroendocrinology and ethology. Both papers won the same award. Both advocated the use of animal models to link what was known about molecular biology to the biological substrates that have since been linked by all serious scientists from quantum physics to quantum souls.
We claimed:

The functional assessment of such a positive-negative mood-inducing signal requires consideration of a set of evolutionary hypotheses.

However, that was a misrepresentation made by my co-authors who appeared to believe in neo-Darwinian nonsense.
We also claimed:

According to this theory, it is adaptive for females and males to develop and use cognition in mate selection, which takes into account biological constraints. Thus, mate selection is a task of information processing, and evolution would favor individuals who were able to quickly and reliably process information that allowed them to make appropriate mating decisions. Adaptive cognition could be expected to lead to optimal decision-making under a wide spectrum of socio-economic constraints. The existence of ubiquitarian sex specific differences in mate selection criteria [72] attests that male and female cognition is adapted to the biological constraints of mate selection.

We actually showed that only the facts about quantized energy as information needed to be considered to link what organisms eat from their physiology of pheromone-controlled reproduction to all biophysically constrained biodiversity on Earth. When my co-authors realized what they had helped me do, they divorced themselves from the concept. Although they had already declared their intent to publish another review with me and to link pheromones to sexual orientation, they published this without me: Homosexual Orientation in Males: Evolutionary and Ethological Aspects.
They acknowledged my help:

The authors wish to thank James V. Kohl for reading earlier drafts of this paper and for his helpful suggestions.

But, they failed to cite our award-winning 2001 review, which would have linked their claims from ecological variation to ecological adaptation via animal models.
Thank God, I have not needed to exhibit that type of despicable behavior. It led to 16 more years of confusion about how the energy-dependent RNA-mediated pheromone-controlled sexual differentiation of cell types occurs. See for example: Bacterial membrane vesicles transport their DNA cargo into host cells
Nutrient energy-dependent pheromone-controlled protection from the virus-driven degradation of messenger RNA linked chromosomal rearrangements in prokaryotes to sex differences in the chromosomes of all eukaryotes as predicted in this 1996 Hormones and Behavior review. From Fertilization to Adult Sexual Behavior

Parenthetically it is interesting to note even the yeast Saccharomyces cerevisiae has a gene-based equivalent of sexual orientation (i.e., a-factor and alpha-factor physiologies). These differences arise from different epigenetic modifications of an otherwise identical MAT locus (Runge and Zakian, 1996; Wu and Haber, 1995).

For comparison, ask yourself: Is this science?

In the effort to understand the underlying nature of reality, theoretical physics has run into challenges that are so abstract that the scientists are no longer able to provide concrete, testable predictions about the world. They describe conditions that we may never be able to replicate on this planet.

But first, be prepared for the attacks on your credibility and the personal attacks from friends and family members who were taught to believe that Darwin’s conditions of energy-dependent life might someday be linked by serious scientists from from the virus-driven degradation of messenger RNA to mutations and all biodiversity.
Then see the perspective offered by others who are fighting for the soul of science.
A Fight for the Soul of Science
Einstein’s theory of general relativity, which cast the force of gravity as curves in space and time, made risky predictions — ones that, if they hadn’t succeeded so brilliantly, would have failed miserably, falsifying the theory. But Freudian psychoanalysis was slippery: Any fault of your mother’s could be worked into your diagnosis. The theory wasn’t falsifiable, and so, Popper decided, it wasn’t science.
See also: Your indifference is killing you and others (3)